Because life is in the details 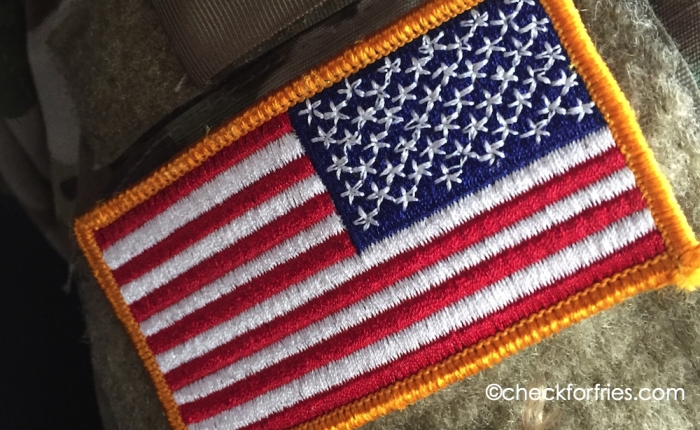 If you’ve ever looked at an Army soldier’s uniform, you may have noticed that the American flag patch worn on the right arm sleeve is facing backwards. The stars are in the upper right hand corner and the stripes on the left.

An oddity for sure—until I learned the reason why.

Flags are always hung with the stars attached to a flagpole, so if you imagine the soldier’s arm to be the flagpole, then the flag would be flying in the correct direction.

But the deeper significance, as my husband explained to me, is that it means that the soldier always runs toward the battle. If the flag patch were worn in the forward facing position, it would signal a retreat.

And a soldier never retreats. They run toward the fight, not away from it.

So as we wave Old Glory this weekend in celebration of July 4 and our nation’s independence, let’s remember all the military men and women who have chosen to run toward the fight for freedom’s sake. For our sake.

We’re grateful for your service, your sacrifice and your courage to bravely run toward the battle. May God bless America!